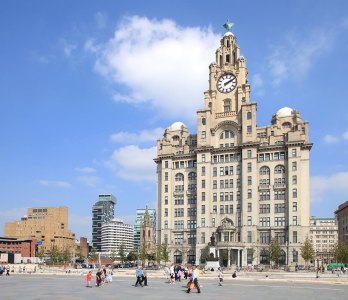 The Liver Building is Liverpool’s most famous building. It’s a symbol of the city and home to the two Liver Birds that stand at the very top at both ends. It’s said that if they ever fly away, Liverpool will cease to exist.

The Royal Liver Building 360 tour opened in 2019. It’s now possible to visit the towers and other parts of the Liver Building. I will be featuring this tour in videos, set to appear in 2019.

It’s well-loved landmark in Liverpool but if you ask people “When was the Liver Building built?” “Who was the architect?” “Who designed the Liver Birds?” not everyone will be able to tell you, so here are a few facts:

It was designed by architect Walter Aubrey Thomas.

The style is similar to buildings in Chicago and Shanghai.

It’s made out of reinforced concrete.

The clock faces are 25 feet or 7.6 metres in diameter, bigger than those on Big Ben in London.

I have photographed the Liver Building many times from a number of different angles. From the distance, the clock towers are often seen above the skyline, silhouetted against the sky.

The Liver Building is one of the three magnificent buildings known as the ‘Three Graces’. Many people don’t know that the three buildings were built on three former docks, part of St Georges Dock, which was filled in to allow the waterfront to be extended out into the river. The ground plan of the building is the same shape as the dock.

In past times, the the Liver Building and its neighbours were blackened by smoke and pollution. In the late 1960s and early 70s they were cleaned. The Liver Building has a darker tone, which some people say makes it look rather drab. I disagree, its distinctive colour is part of its identity and makes it unique.

When I was taking the photographs for the book Liverpool Then and Now, I had the opportunity to go inside the Liver Building and unfortunately I was very disappointed at what I saw. Much of the original interior had been modernised. The walls on the inner courtyard have been covered with a modern glass facade.

I felt it was sad that such an important building has been compromised on the inside, even though it’s not visible from the outside.

Despite that, the distinctive features of the building are much the the same as they were when it was first built and it continues to fascinate visitors and local people.

For me, the Liver Building is symbolic of Liverpool’s maritime heritage. Its very shape and location are influenced by the docks which were there before. It looks out towards the river and the sea, reminding us of Liverpool’s connections with other parts of the world, whether the Isle of Man, Ireland or across the Atlantic to North America and beyond. 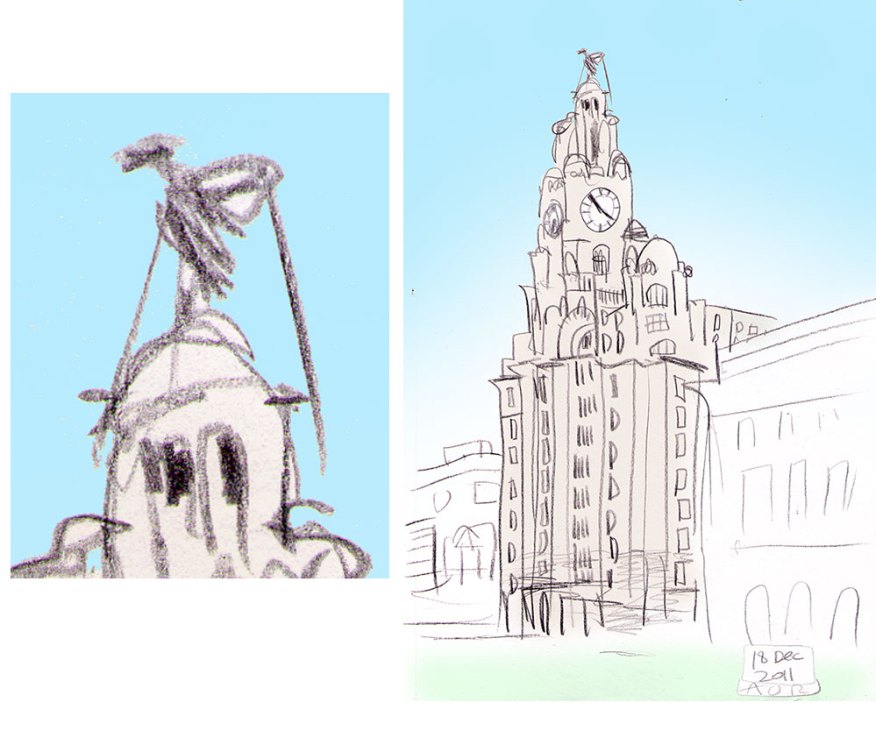