On a visit to North Wales I unexpectedly witnessed a spectacular lightning storm. I had my camera and tripod with me as I had hoped to take some photos of the night sky from somewhere in Anglesey.

A cloudy sky got in the way of that idea, but later in the evening, I saw lightning flashes in the distance. At around 1.30 in the morning, I was standing on the waterfront in the town of Beaumaris, overlooking the Menai Straits with a view towards the mountains, which were shrouded in darkness of course. Every so often, purply-blue lightning flashes lit up the clouds, silhouetting the mountain tops, including Mount Snowdon over to the right.

I had to photograph this, so I set up the tripod and placed the camera in position.

I have rarely photographed lightning and I needed to think on my feet.

Perhaps if I did a long exposure – say 30 seconds – I would be able to catch one of the flashes. The trouble with that is that during the long exposure, the glare from the street lights becomes visible.

I decided to set the camera to a slower shutter speed and to fire the shutter repeatedly. Sooner or later a flash of lightning would occur while the shutter was open.

But what about aperture and ISO?

I referred back to my simple approach to using the camera in Manual mode. The principle is: first set the camera to f/5.6, 1/60 sec and 200 ISO and adjust the shutter speed until the exposure is right. In this case the shutter speed needed to be much longer in order to capture a flash of lightning, so I decided on one second. With the camera pointing towards the dark sky, I began to fire the shutter repeatedly. Most exposures were completely black, but then I caught the first flash of lightning and looked at it on the screen. It was too dark, so I increased the ISO from 200 to 1600, three stops above the standard 200, and I continued to press the shutter. 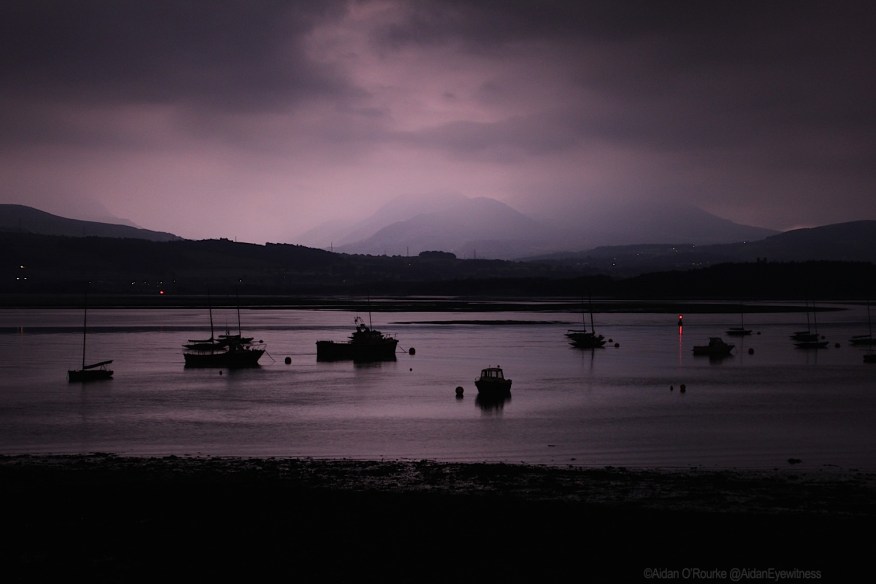 I was very excited to see the first successful image of the mountains and the clouds all lit up in that eerie purply light. I continued to press the shutter resulting in lots of black images on the camera LCD, but in amongst them, I caught some spectacular shots of the lightning. As the storm developed, the intensity of the lightning increased, making it brighter and brighter, and I had to put down the ISO down to 200.

Finally I saw thunderbolts jumping from the clouds to the mountaintops and managed to photograph a couple of them.

It was exciting, and a great example of how photography enables you to see things you can’t see with your eyes alone. The burst of lightning, lasting just a tiny split second, is preserved in the photograph and you can study the mountains, the clouds, the boats and the reflections on the water. 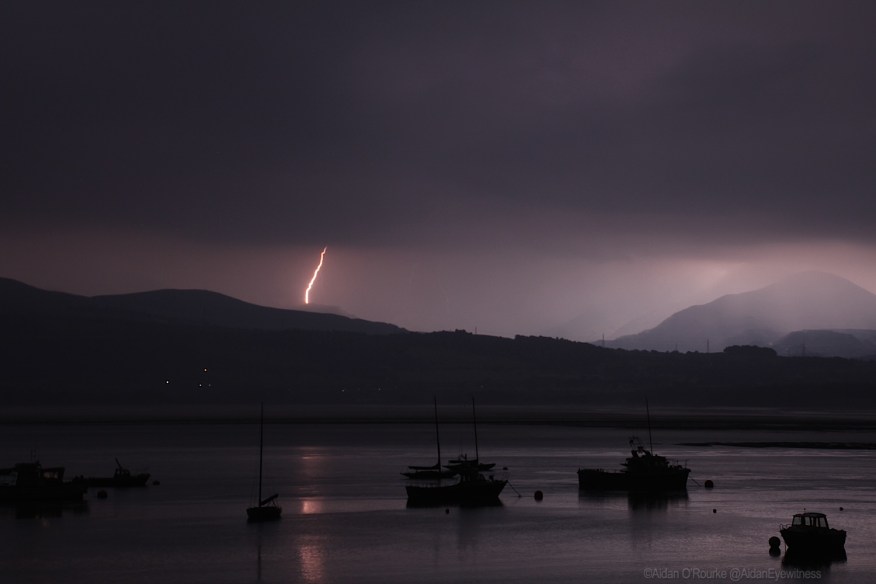 Soon, heavy rain started to pour down, I put the camera and tripod in the boot and sat in the driver’s seat as the raindrops pelted down onto the windscreen.

Knowing what to do in this situation depends on having a good knowledge of the basic principles of photography and how shutter speed, aperture and ISO work together.

It doesn’t matter what genre, knowing the simple basic principles are the key to taking successful photographs.

I teach these principles in my one-to-one photography courses and (planned) online courses.