In August 2015 I was asked to lead a photography workshop for bloggers to be held in Manchester. It organised by the 3 mobile phone network via London-based PR agency Arena Media. Participants would be able to try out the camera on the Samsung Galaxy S6 and learn some photography techniques.

I was very excited to take on the challenge. The emphasis would be on a smartphone camera rather than a compact or DSLR. I’m experienced mainly DSLR cameras but I often use the iPhone to take photos for my articles and blog posts.

I tried out the camera by taking aircraft exhibits at the Manchester Airport Runway visitor park. The pictures were extremely sharp and well-exposed. Arena kindly sent a Samsung S6 Edge by courier for me to try out. As soon as I took my first photos on the S6, it was clear that the camera is a state of the art device, producing very high quality images. It has a large image size – 5312 x 2988 pixels, nearly 16 megapixels, and the capability to capture a wide range of tones, performing better than many compact digital cameras.

Later I drove into the country and stopped by a wooded area near a country road. I experimented with the ‘Pro’ settings, using Exposure Compensation to take a series of bracketed shots. I tried out the panoramic image function and was very impressed by the sharpness and tonal depth.

Back at home, I studied the list of participants – all bloggers, many on the subject of fashion and cosmetics – and all female. I looked at their blogs, and was very impressed with many of the photos. I picked out a selection of good photos and some photos that could be improved. I included these on a USB along with some of my photos taken on the S3 and a selection of my fashion photos.

The next day I arrived at the venue – the Ziferblatt Gallery on Edge Street. The workshop was in one of their meeting rooms. Representatives from Three Mobile from Arena PR were waiting, along with a freshly brewed cup of tea!

As the only male in the room, I felt a little bit nervous but I was made to feel very welcome.

Soon all the participants had arrived. I have to say I’ve never worked with a more glamorous bunch!

We started off with personal introductions, and I showed them a scrapbook with my weekly articles from the Manchester Evening News.

Then, on the digital projector, we looked at the photos on the USB, starting with a few of my fashion photos, then the test photos taken on the Samsung S6. Then we moved on to the photos I’d chosen from the participants’ blogs. They were very curious and maybe a little apprehensive to see which ones I had picked out.

The main suggestions for improvement were:

The time flew and soon it was 4pm, when we were scheduled to go for a walk around Manchester’s Northern Quarter to take photos and try out some of the techniques we’d covered.

On my photo walks, I always make a point of looking carefully at each person’s photos, offering positive feedback and suggestions for improvement. I don’t hesitate to give praise when I see exceptionally good images and this afternoon I saw quite a few! 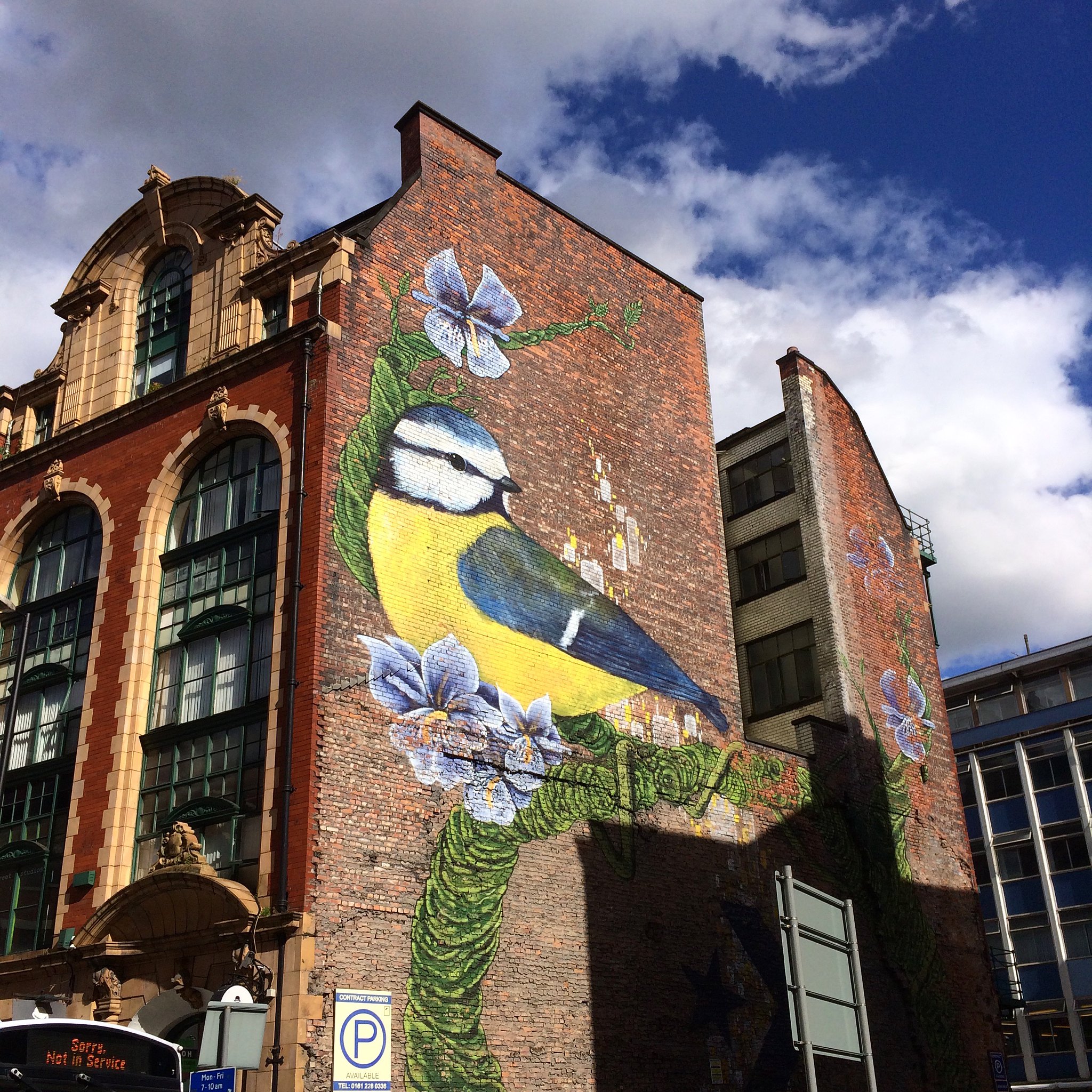 I was amazed at some of the things they picked out that I hadn’t noticed. They discovered many new angles on a district I thought I knew very well! Before returning we stopped at a street off Stevenson Square that I’d never bothered to look at before. They produced some great images, including a selfie-of-a-sefie-of-a-selfie! I always learn from students. I see myself as a facilitator, helping others to develop their own unique photographic eye. I’m very impressed with the infographic by seeingspots listing the photography points.

Back at Ziferblatt, we enjoyed some tea, coffee and cakes. The participants were very quick to post the best of their photos on Twitter, under the #PicPerfectWithThree hashtag.

Finally I set up my continuous studio lighting kit in the next room. There were two bright daylight balanced low energy light bulbs in softboxes. They took selfies but I insisted also on taking photos of them the old fashioned way: photographer and subject.

For me the afternoon was a very enjoyable and productive experience and I think we all learned new things.

Many thanks to the people at Arena Media for inviting me to lead the workshop.

To find out more about the Samsung S6 Edge, go to www.three.co.uk/Samsung

Visit the participants’ blogs to take a closer look at their work. Some did a write-up of the day with some amazing photographs and even notes on the photography points!

Aidan O’Rourke is one of Manchester’s most experienced photography tutors. He has developed an approach that combines clarity and simplicity, putting the student at the centre of things. He is preparing a number of e-books on photography technique. He offers city photo walks, workshops and one-to-one tuition as well as customised workshops in association other organisations, such as this one organised by Three Mobile.