This is my illustration of a 1950s oval window VW Beetle next to the beach and the Promenade in Blackpool. I’m known for my photography but I also like to draw. As I always emphasise to my photography students: Art and photography are closely linked.

In February 2015, Manchester-based digital marketing agency Code Computerlove contacted me and asked if I’d like to produce an artwork to be used in a promotional campaign for The Car Buying Service featuring classic cars.

In a survey, they asked around 2000 people the question “What’s your favourite classic car?”. Based on peoples’ responses, they came up with a ‘Top 10 list’ of the UK’s favourite classic cars. One of the cars was the VW Beetle, one of the world’s most popular cars, and my personal favourite. I owned one in the late 80s.

My brief was to produce an artwork featuring the Beetle, but it had to have an oval rear window. This type of Beetle was produced in the early 1950s. 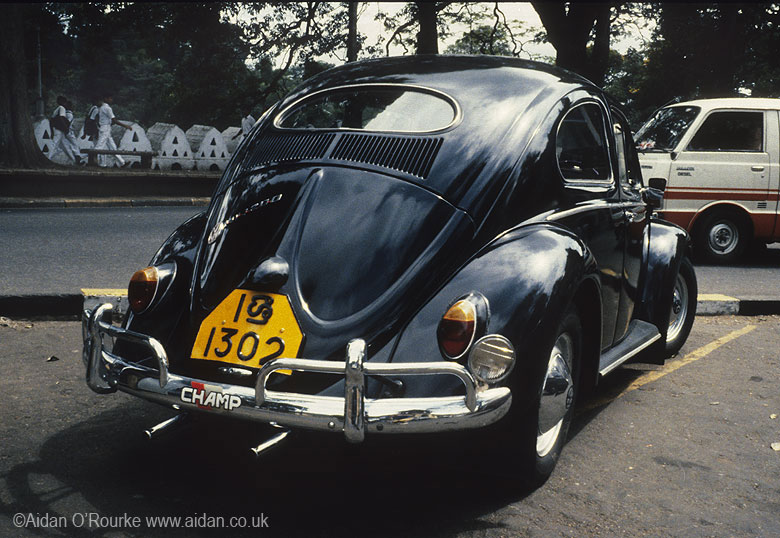 VW Beetle, Kandy, Sri Lanka
In my archive I found a photograph I took in Sri Lanka of an oval window Beetle, and I used it as source material for my illustration.

In my mind’s eye I visualised the Beetle on Blackpool Promenade on a sunny day, with Blackpool Tower visible on the right and one of the piers on the left.

I have developed a special method for doing illustrations. Although I’ve used graphics tablets, I find it easier to use pencil or pen on paper. I’m very proficient at Photoshop having used it for nearly 20 years now.

And so my technique is to draw on paper with pencil or pen, and then scan it and import it into Adobe Photoshop. Then I work on it using layers and I can add colours and other effects.

This method offers me the best of both worlds. I can use an old fashioned pencil and paper to create the line art, and then after I’ve imported it into Photoshop I have virtually unlimited creative possibilities.

To make a piece of art like this you don’t have to be very skilled at drawing. It’s easy to trace from a photograph – anyone with patience and a steady hand can do it. It’s possible to use tracing paper but I use a slightly different method. I lighten the original photograph in Photoshop using ‘Hue/Saturation’ then print it out. It looks as if it has a layer of tracing paper over it, but it’s easier to draw on one sheet of paper. It’s very easy to get an accurate picture, in fact it’s rather like using the camera obscura of past centuries.

Even if I make mistakes at the drawing stage I can always correct and improve them later in Photoshop.

I also selected one of my archive photos of Blackpool using the same method: Lighten, print out, trace, scan.  I  added the tower and pier on layers underneath the car. For a final touch I traced over a photo of the Union Flag and included that in the image at the top of the tower. I experimented with different shades for the sky and following advice from my 13 year old daughter, I decided to use a deep blue graduated fill. The windows are filled in with a darker shade of blue. This makes them look as if they are reflecting the sky. I used grey shading on the bumpers.

The sea was a bit difficult to draw and I was running out of time, so I just included a section of the photograph. It looks like a paper cutout that has been pasted on with glue!

Trace of one of my photos for the VW Beetle illustration. The marks were deleted in Photoshop

With this type of illustration, anything goes!

I intend to use this method to create lots more illustrations to be featured in articles on this site.

It’s a great demonstration of the way photography and art are closely linked.

I believe it’s very important for all photographers to develop an artistic appreciation and to experiment with illustration and painting. I always recommend to my photography students that they should visit art galleries and exhibitions of both art and photography and experiment with art.

But where is the VW Beetle in the Top 10 list? Take a look at the page now.

There’s a competition and you could win a print of my Oval VW Beetle illustration as a prize! 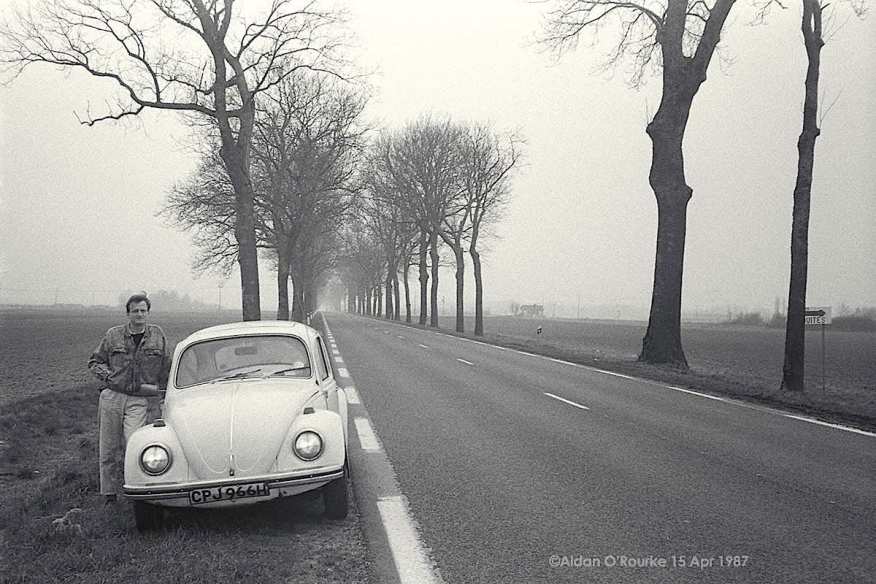